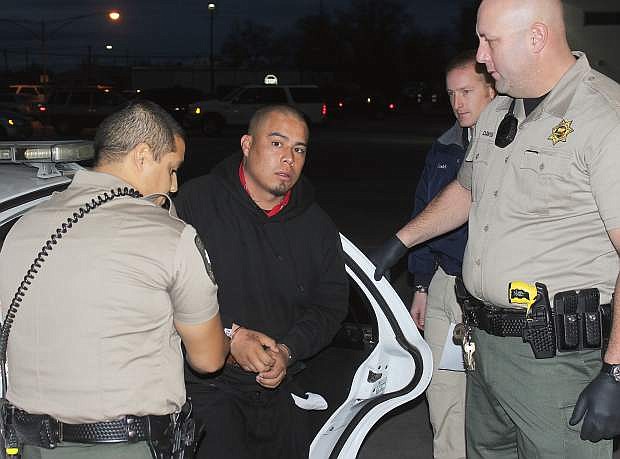 Bryan Aaron Plummer, 26, of Schurz was led out of a Fallon Police Department vehicle by CCSO deputies at the county jail on Friday afternoon.