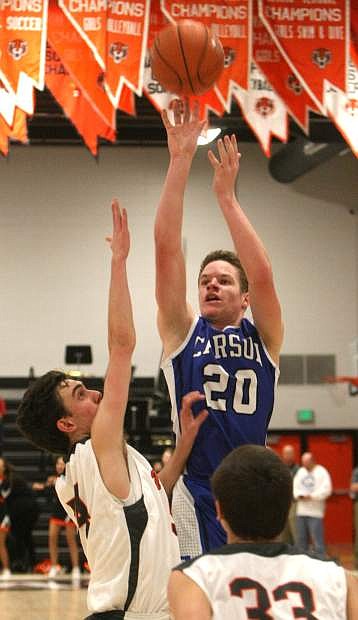 Tez Allen shoots a jump shot over the hands of a Tiger defender on Tuesday night.