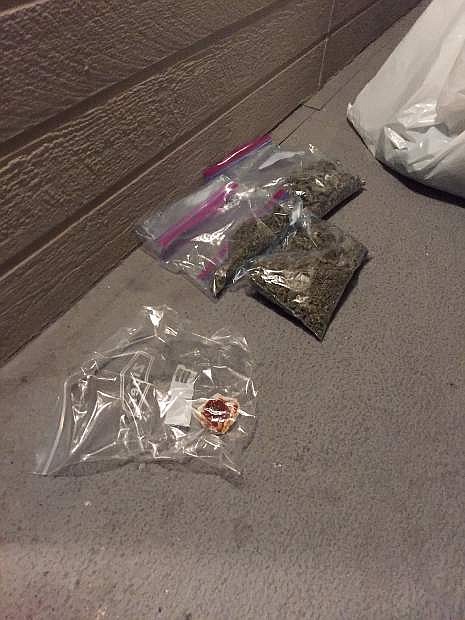 The confiscated marijuana and hash oil from a drug house on Saliman Road. The Carson City Sheriff&#039;s SET team were tipped off to a man growing marijuana inside his residence.