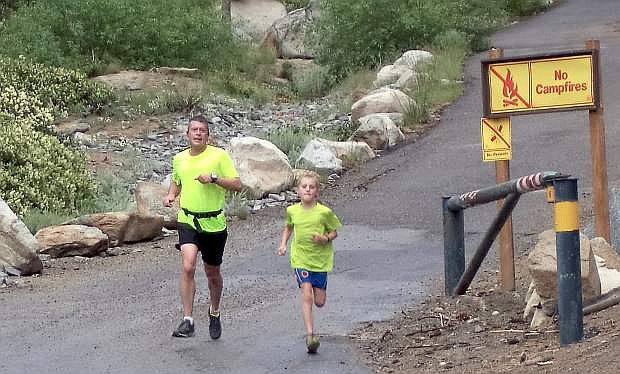 Bryce Lehmann, right, and his father, Sean, head to the finish line Saturday at the 41st annual Ponderosa Ridge Ridge. Bryce, 10, a Fritsch Elementary School student, became the youngest finisher in the 9.5-mile trail run from Spooner Summit to Kingsbury (his brother Parker, 11, was the previous record holder in 2014).