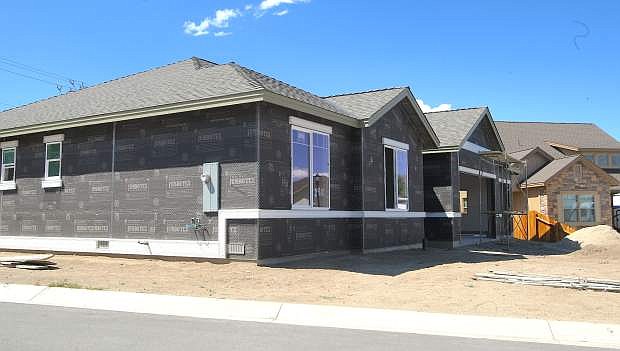 A new home is under construction in a north Carson City neighborhood.