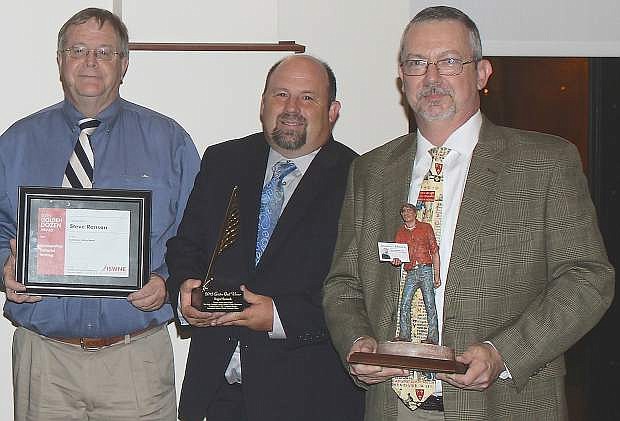 LVN Editor Steve Ranson, left, won his third editorial writing award on Saturday from the International Society of Weekly Newspaper Editors. Roger Harnack, center, editor and publisher of the Omak-Okanogan Chronicle in Omak, Wash., received the top editorial award, the Golden Quill. Mike Buffington, co-owner and publisher of the MainStreet Newspapers in Georgia, was chosen for the Eugene Cervi for journalism excellence.