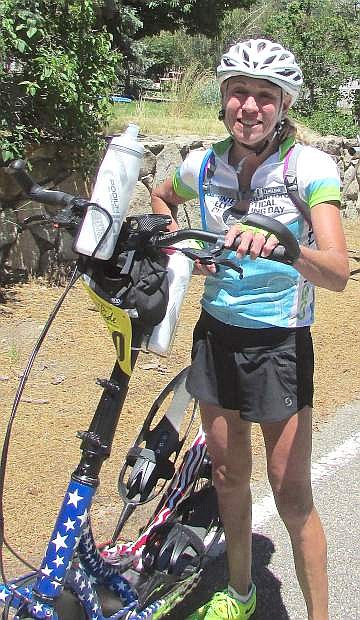 Mary Decker Slaney, 56, of Eugene, Ore., is ready to hit the road in Woodfords as she looks ahead to a climb up Carson Pass on Saturday at the Death Ride, Tour of the California Alps.