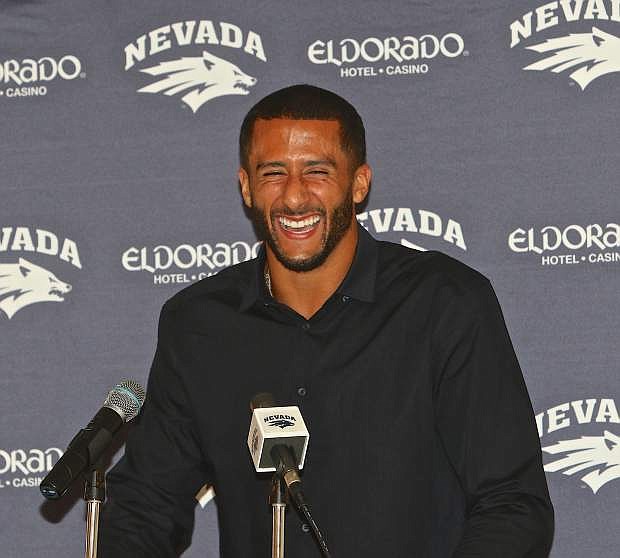 San Francisco 49ers quarterback Colin Kaepernick laughs during the press conference at the Governor&#039;s Mansion Friday evening .Kaepernick was in Carson City for the University of Nevada&#039;s Governor&#039;s Dinner fundraiser.