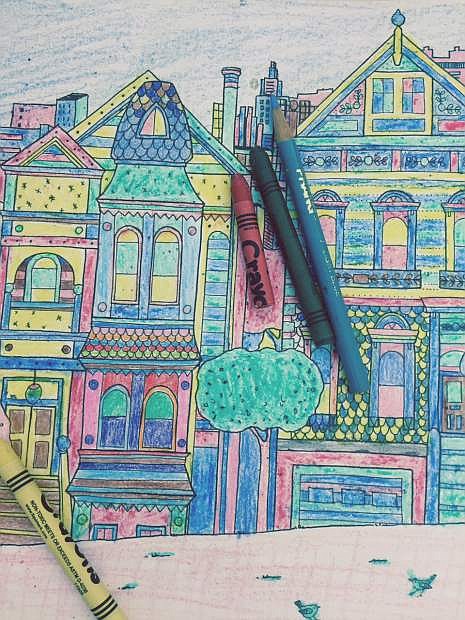 This June 17, 2015 photo shows a colored-in page from the adult coloring book &quot;Splendid Cities: Color Your Way to Calm,&quot; by Rosie Goodwin and Alice Chadwick, Hachette Livre (Editions Marabout). It&#039;s one of dozens of adult coloring books being marketed these days as a way to relieve stress. (Beth J. Harpaz/Little Brown and Company via AP)