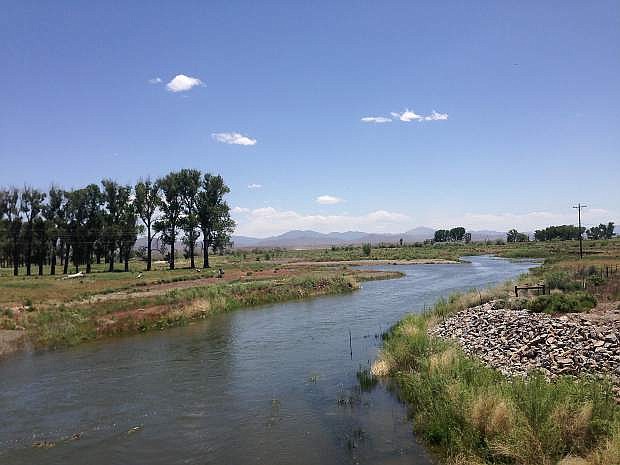 View of the Humboldt River near Beowawe, another of the exits with a story found along Interstate 80.