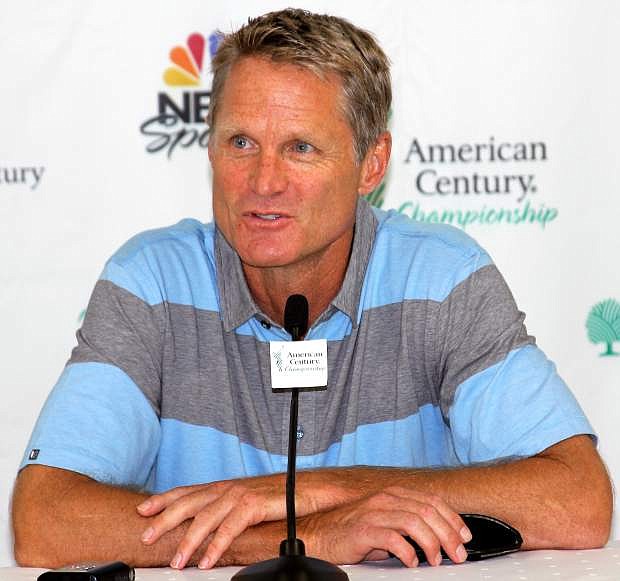 Golden State Warriors head coach Steve Kerr answers questions during a press conference Thursday. Kerr is sitting out the ACC due to a back injury suffered during Game 5 of the NBA Finals.