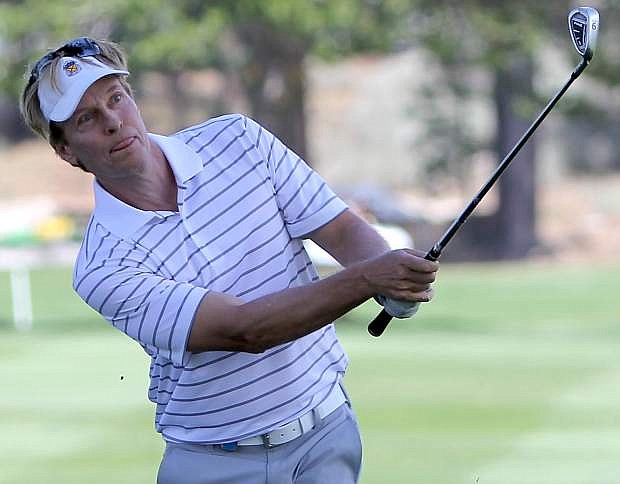 Co-leader Jack Wagner watches his shot from the shade of a tree on the 18th hole during the first round of the American Century Championship on Friday at Edgewood Tahoe Golf Course.