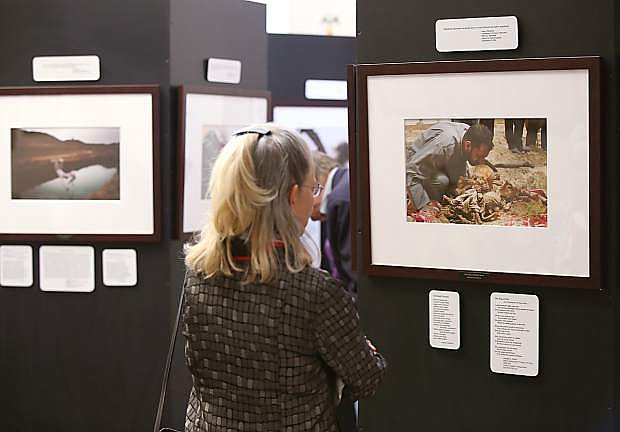 Visitors look at the Always Lost: A Meditation on War exhibit at the Legislative Building in Carson City, Nev., on Monday, April 6, 2015.