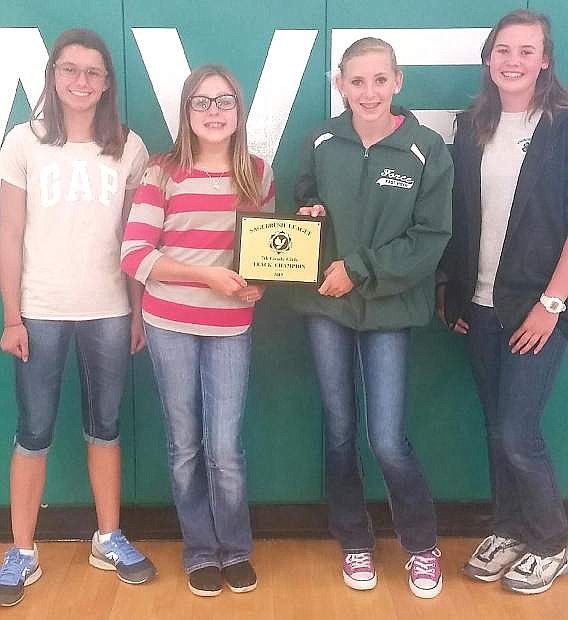 The 4x100-meter relay team from left are Madison Guerrero, Makenna Hanks, Karlee Hitchcock and Tiffany Sorensen set the Churchill County Middle School and Sagebrush Championships record in the event in May.