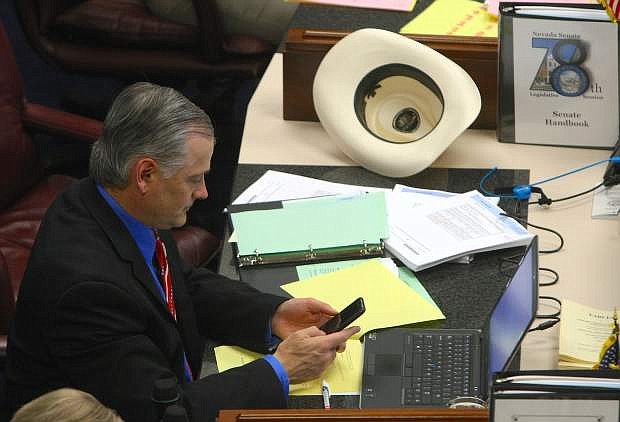 Senator James Settelmeyer checks his phone during a recess on Monday.