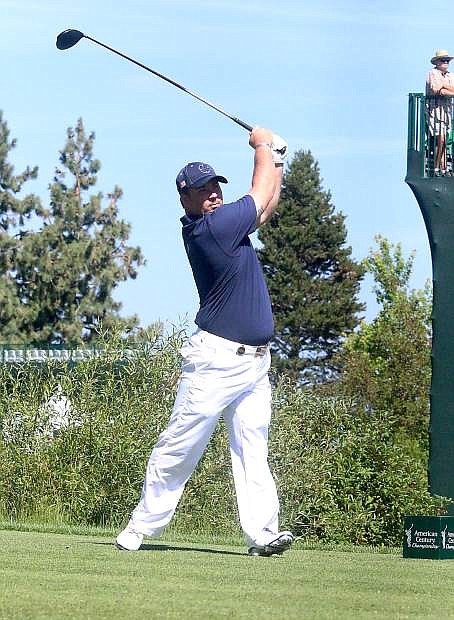 Chad Pfeifer tees off on the first hole during Saturday&#039;s second round of last year&#039;s American Century Championship at Edgewood Tahoe Golf Course. After finishing fifth in 2014, the retired Army corporal will make a second straight appearance in the tournament.