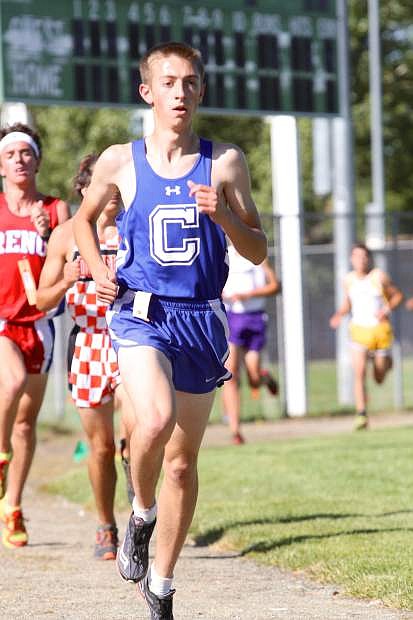 Ian VanRensselaer is the first male finisher for Carson High during the junior class event at Lampe Park last year.