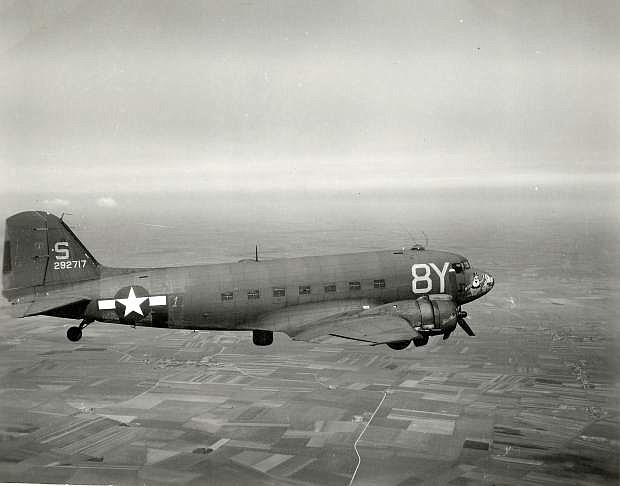 The original &quot;Stoy Hora&#039; that delivered paratroops from the 101st Airborne to Normandy on D-Day. A replica of the aircraft has been made into a ride at the D-Day Paratroopers Historical Center.