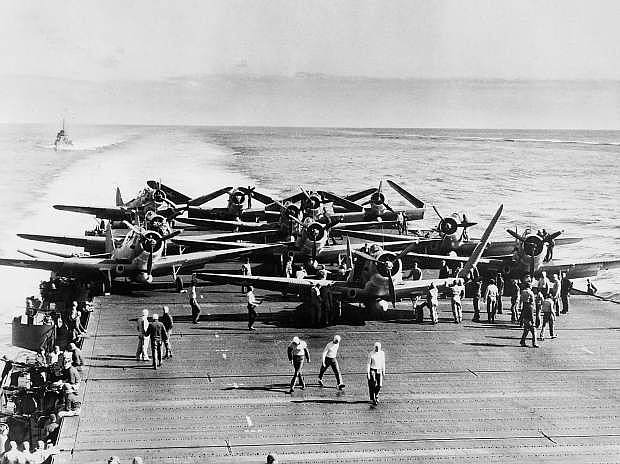 Devastators of VT-6 aboard USS Enterprise being prepared for take off during the battle.