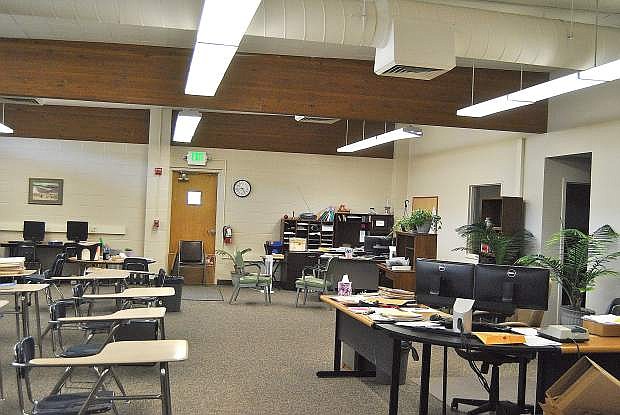 The Adult Ed Program has full run of the old elementary school library for their students.