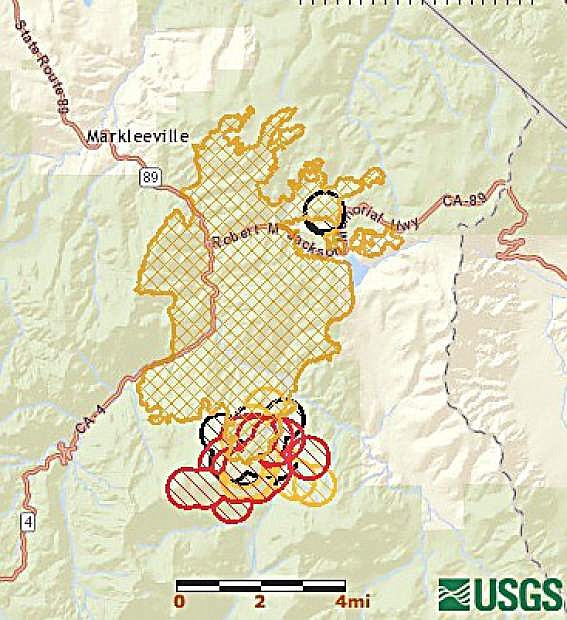 Hot spots on the fire are located in red in this map built at 4 a.m. Friday.