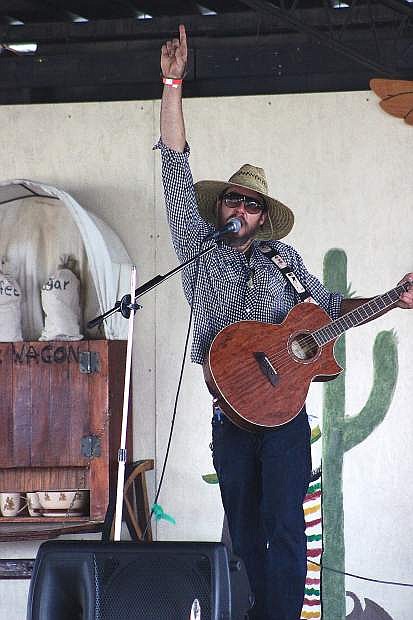 Steven Christie performs during the second annual De Golyer Buckin&#039; Horse and Bull Bash on Saturday at the fairgrounds.