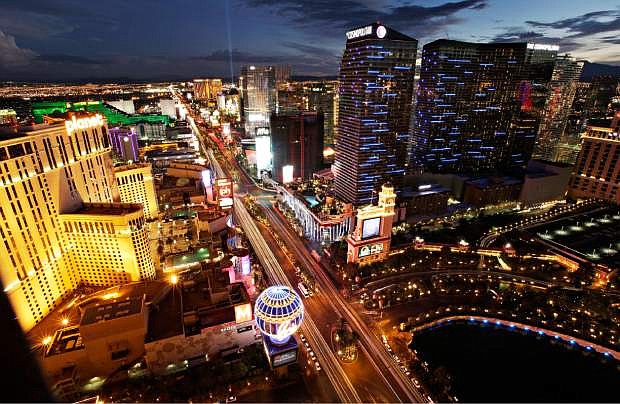 In this Sept. 16, 2014, photo taken with a slow shutter speed, the lights of cars blur along Las Vegas Boulevard in Las Vegas. Las Vegas doesn&#039;t exactly have a work commute problem but the four-mile Strip often gets clogged with tourist traffic. (AP Photo/John Locher)