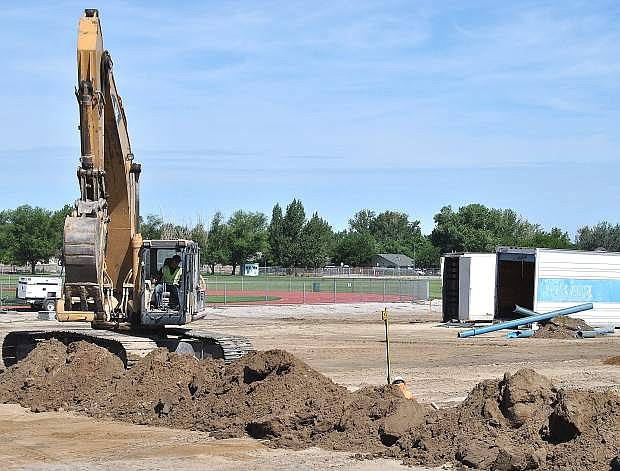 A&amp;K Earth Movers began excavating power lines at Churchill County High School in order to get ready for the foundation of the new gym.