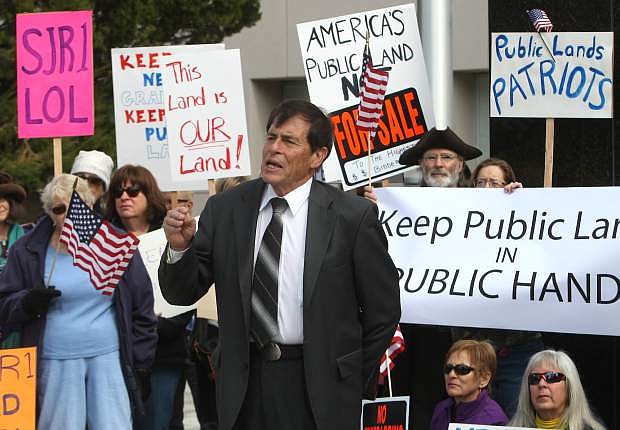 Larry Johnson, president of the Coalition of Nevada Wildlife speaks at a rally in oppostion to Senate Joint Resolution 1 on Monday.