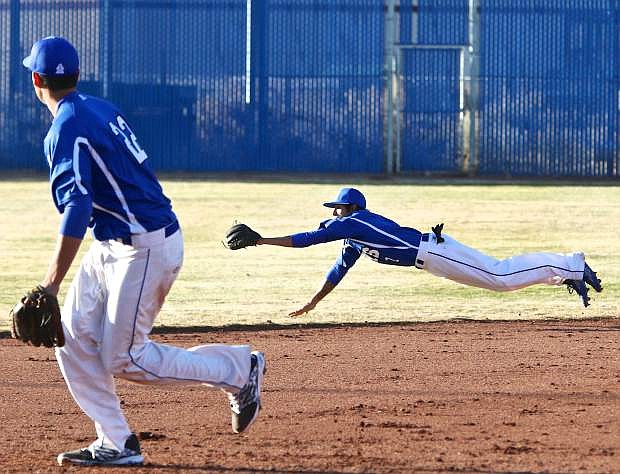 Carson shortstop Josiah Pongassi dives for a line-drive in a game against Truckee Thursday afternoon at Ron McNutt Field.