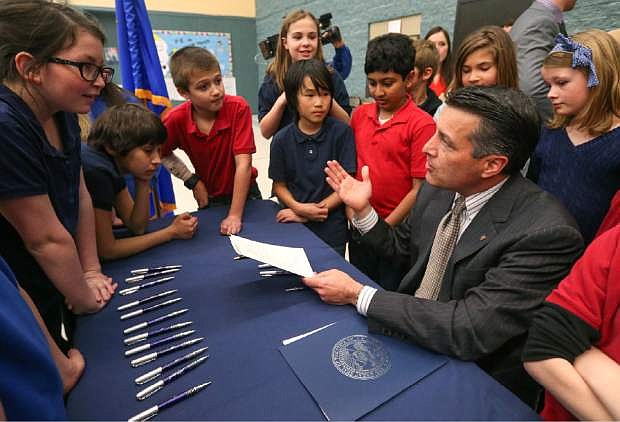 Nevada Gov. Brian Sandoval talks with a group of Carson City fifth-graders after signing into law an emergency bill extending bonds for school construction at a brief ceremony in Carson City, Nev., on Wednesday, March 4, 2015. More than a dozen lawmakers joined Sandoval for the signing of the bill which had bipartisan support in both houses. (AP Photo/Cathleen Allison)