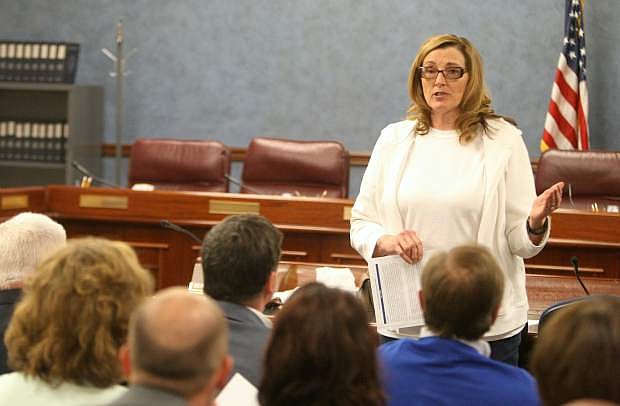 Helaine Jesse Morres, president of the newly formed Athletic Foundation of Western Nevada explains the goals of the foundation to community members on Tuesday.