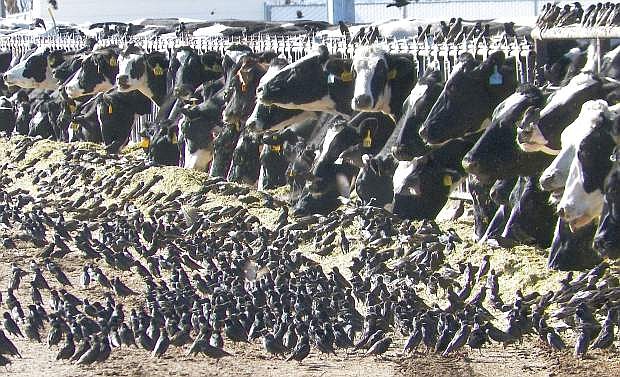 A flock of Eurpoean starlings litter a feedlot in Fallon. The birds were being eradicated in March by the U.S. Department of Agriculture to prevent the spreading of disease to livestock.