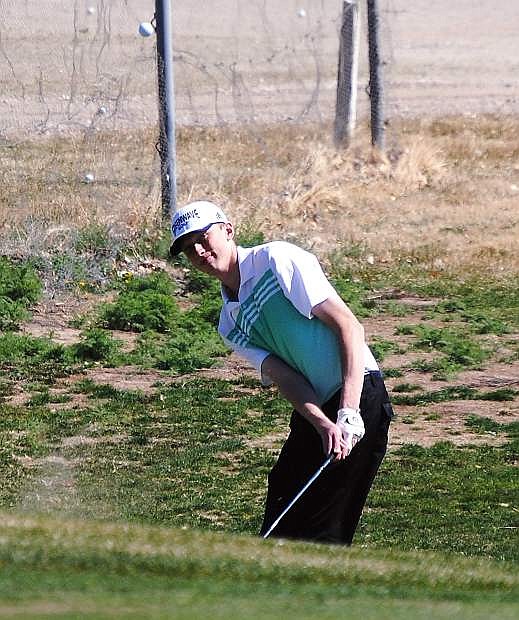 Fallon gofler Jeff Evett chips on to the green during a tournament in Fallon last week. He shot a season-best 79 in Fernley on Thursday.