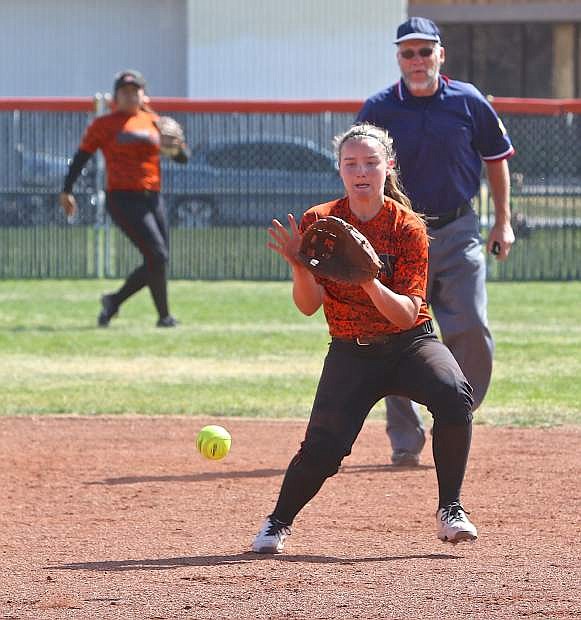 Douglas shortstop Allison Meyer scoops up a grounder in a loss to Reed on Saturday at DHS.