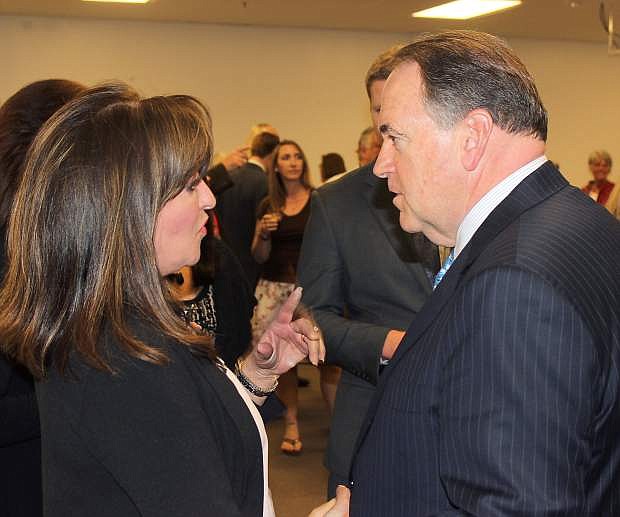 Former Arkansas Gov. Mike Huckabee and Cheri Wood have a conversation during his Carson City stop in late March. Huckabee will be in Fallon on Monday morning.