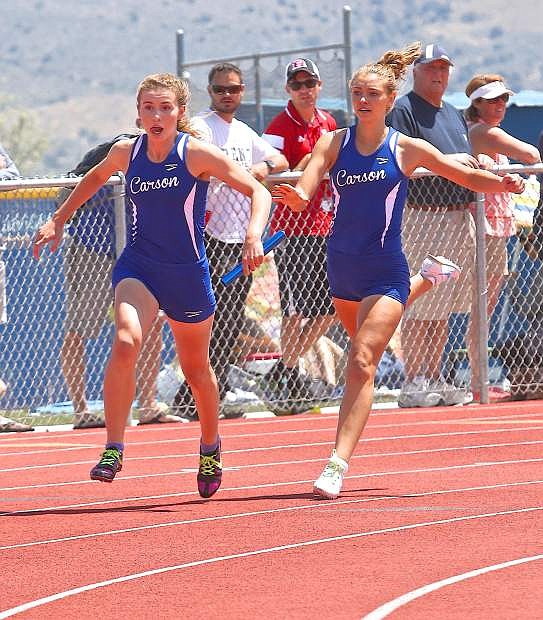 Carson&#039;s Athena Favero exchanges the baton to ValerieSue Meyer during the girl&#039;s 4x200-meter relay Saturday at the Jim Frank Track and Field Complex. The Carson team won the event.