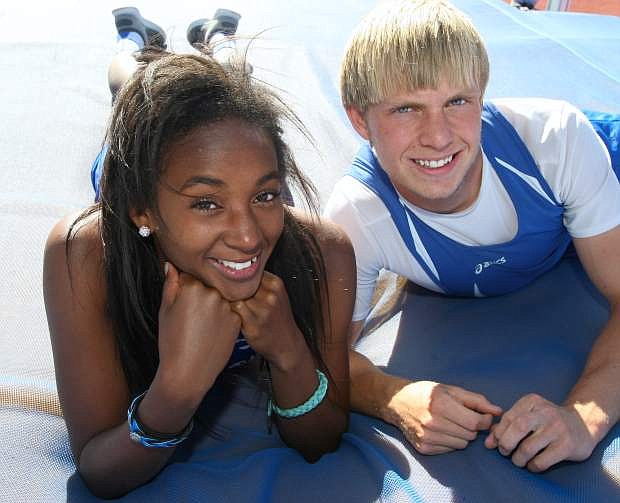 The high jump is just one of the events that Maddie Preston and Cory Reid will be competing in at the state track meet in Las Vegas.