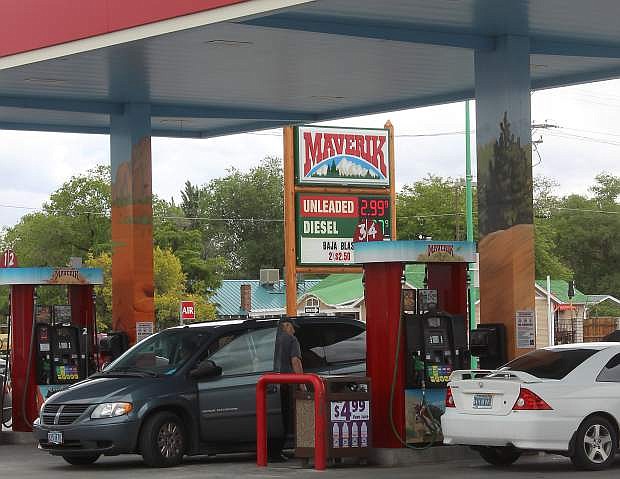 Gas prices in Churchill County are following the national trend by increasing more than 8 cents during the past week.