Library to be open seven days a week 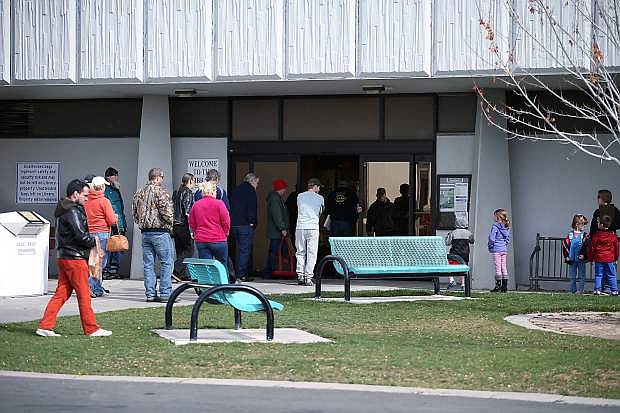 Patrons line up for the doors to open at the Carson City Library, in Carson City, Nev., on Tuesday, April 14, 2015. In an effort to better serve its patrons, the library will open on Sundays starting in June.