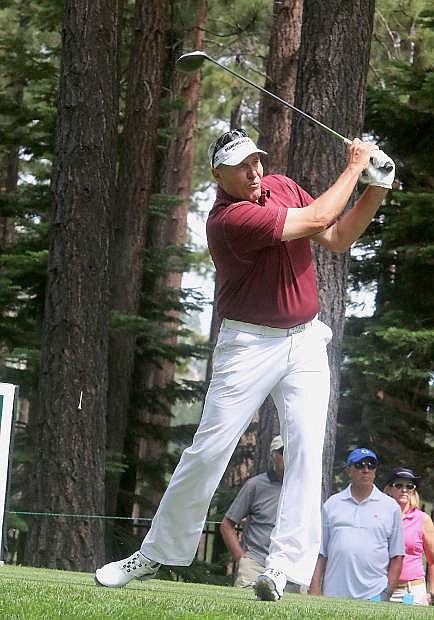 Mark Rypien tees off during the final round of last year&#039;s American Century Championship. The 2014 tournament champion will return to Edgewood this season to defend his crown.