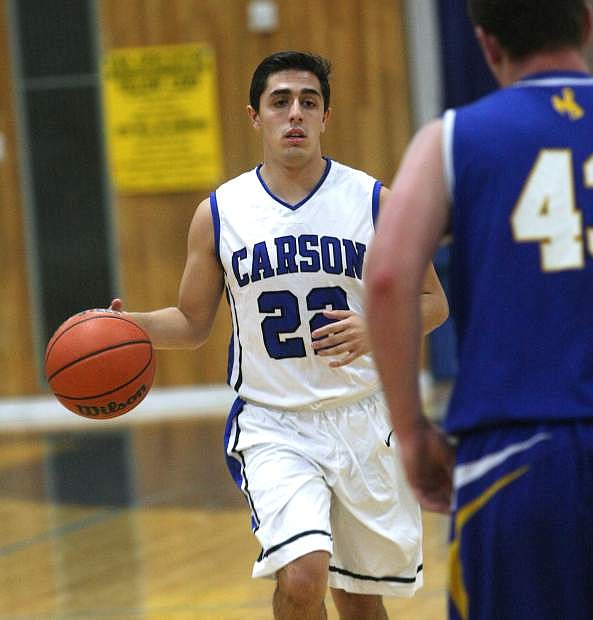 Guard Dilyn Rooker brings the ball up the court in the annual Local Sports Programming All-Star game on Tuesday night.