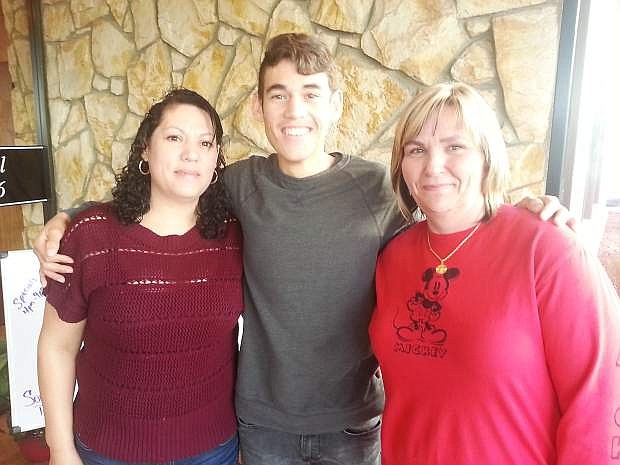 Miguel Angel Perez, center, is surrounded by his mother Juana, on left, and his aunt Robin Anaya, right. Miguel is fighting a kidney disease which requires frequent travel to doctor appointments, and the optimistic hope of a trip for a kidney transplant. Robin Anaya is organizing a yard sale fundraiser and tamale bake on Nov. 21 at Farmers Insurance Agency, 710 W. Williams Ave.