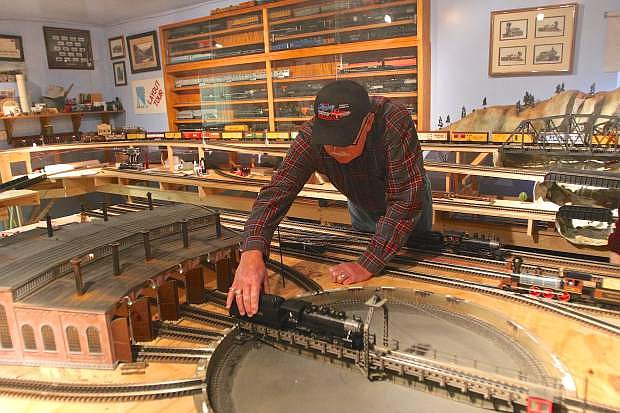 Mike Rowe makes an adjustment to a model train on the turnstile in his shop in Minden.