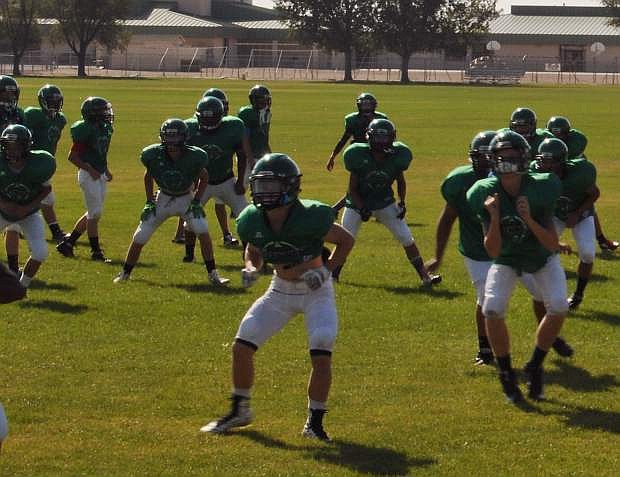 The Wave varsity boys practice their agility for the game against the Cowboys Saturday at 1p.m.