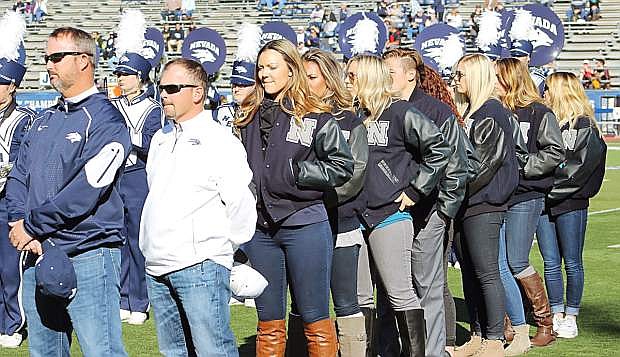 Former and present members including Fallon&#039;s Sara Parsons and Michelle Beach of the Nevada women&#039;s softball team, fans and the fotball team, honored tehe late Jayme King of Fernley on Saturday. King, who played softball, died in June due to cancer.