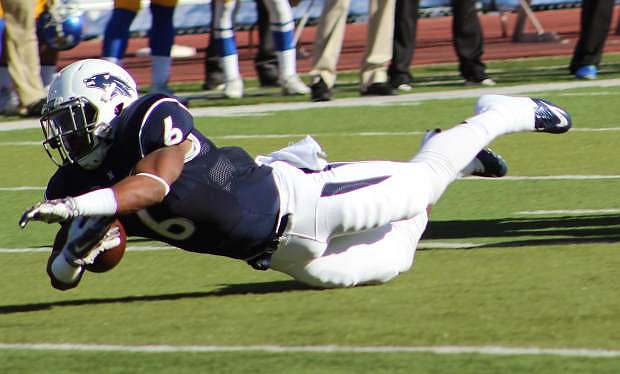 Don Jackson stretches for extra yardage for Nevada agfainst San Jose State. The Wolf Pack play at Utah State in their next game.