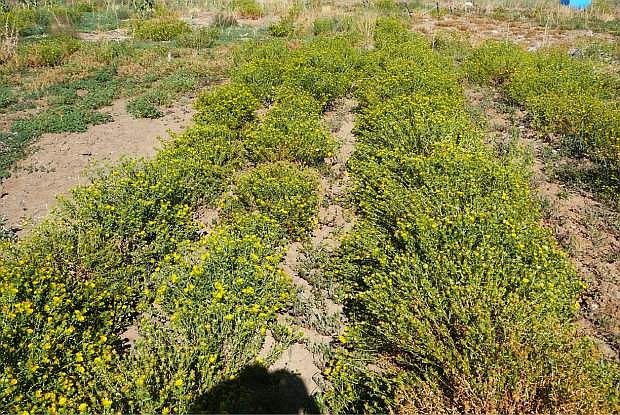 This Aug. 12, 2012, photo, taken at a research farm at the University of Nevada, Reno, and provided by the university, shows curly cup gumweed, a sticky cousin of the sunflower that is the target of research into efforts to use it to produce biofuels. UNR environmental sciences professor Glenn Miller and a team of scientists are in the second year of a four-year project funded by a $500,000 grant from the USDA. (Whip Villarreal/University of Nevada, Reno via AP)