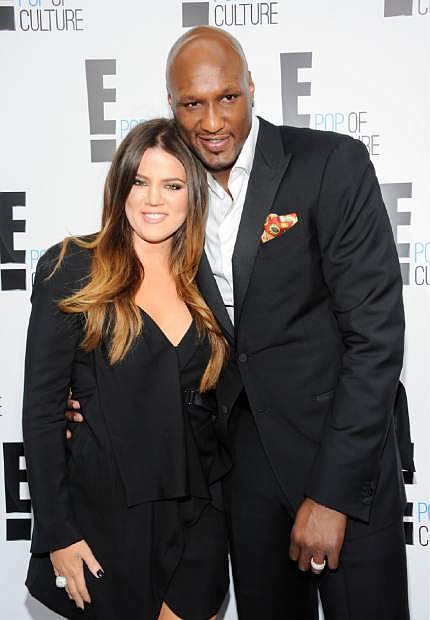 FILE - In this April 30, 2012 file photo, Khloe Kardashian Odom and Lamar Odom from the show &quot;Keeping Up With The Kardashians&quot; attend an E! Network upfront event in New York. Odom, the former NBA star and reality TV personality embraced by teammates and fans alike for his humble approach to fame, was hospitalized and his estranged wife Khloe Kardashian is by his side, after being found unresponsive in a Nevada brothel where he had been staying for days. (AP Photo/Evan Agostini, File)