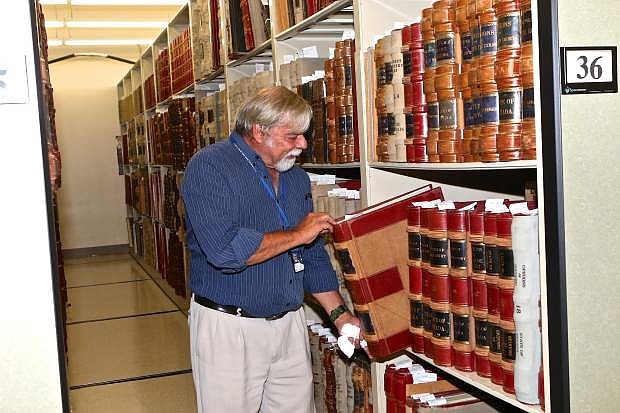 Nevada State Archivist Jeff Kintop pulls a giant book full of handwritten legislative notes from its slot in the basement of the archives Thursday morning in Carson City.