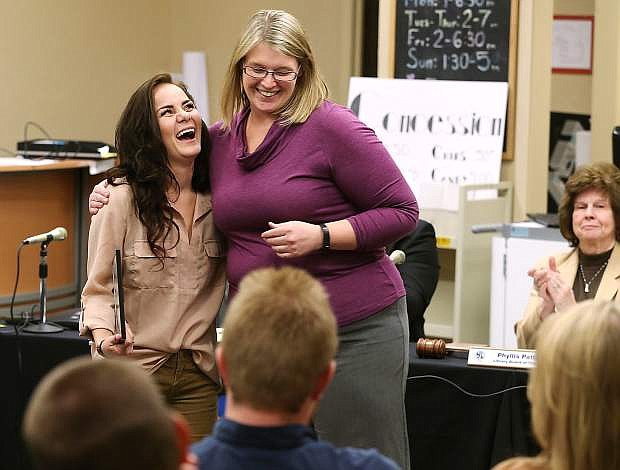 Kayla Homme, left, hugs Carson City Library Director Sena Loyd after receiving her Manufacturing Technician Level 1 certificate during a brief ceremony at the library in Carson City, Nev., on Thursday, Oct. 22, 2015. Homme is one of the first three graduates from the library&#039;s accelerated program.