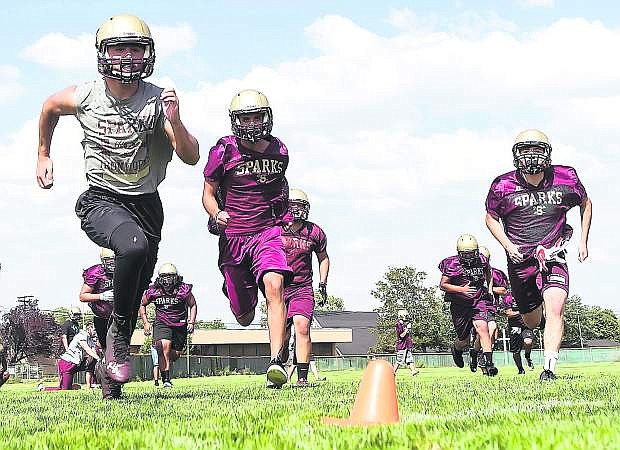 Nick Van Patten, Hunter O&#039;Meara and John Anguiano (left to right) participate in a conditioning drill during one of the Railroaders&#039; first practices of fall camp. Sparks managed just one win a season ago but a class of 22 seniors has the coach Rob Kittrell&#039;s bunch poised to up that total in 2015.