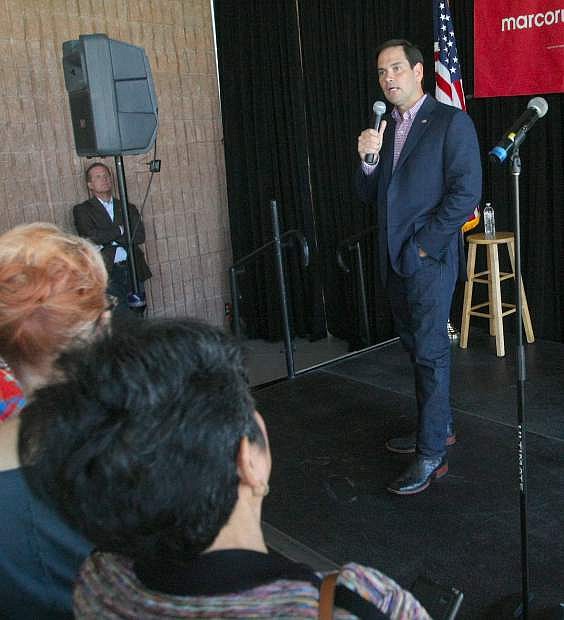 Senator Marco Rubio speaks with his supporters at the Carson City Community Center on Tuesday.