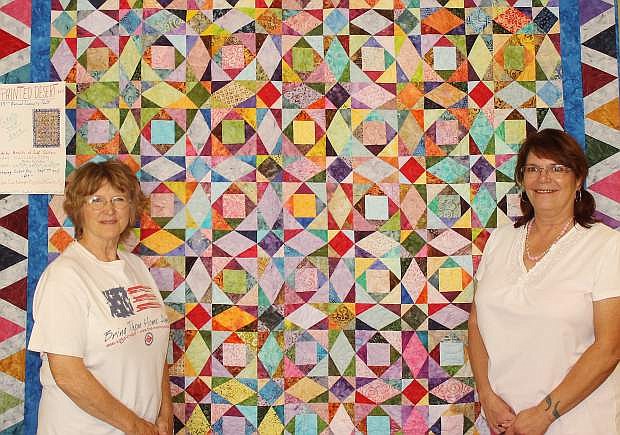 Vicky Eckert, left, and Rory Litch display a quilt that will be raffled on Monday during the final day of the Fallon Cantaloupe Festival and Country Fair. This is the 13th year for raffling a community quilt by the Hearts of Gold quilters. The quilt, Painted Desert, is the work of Kathy Valladon.